Agriculture and farming have a rich heritage in California and are an integral part of Ventura County History. As a family, we proudly continue that heritage as growers producing California avocados and a variety of citrus at Quail Ranch, shipped and enjoyed around the world.  We work exclusively with a talented catering group to create a unique Farm-to -Table dining experience. The catering manager will work to develop customized menus offering a variety of service styles and fresh and delicious menu options to include seasonal local produce, when available.

Learn more about the benefits of California Avocados and visit www.californiaavocado.com 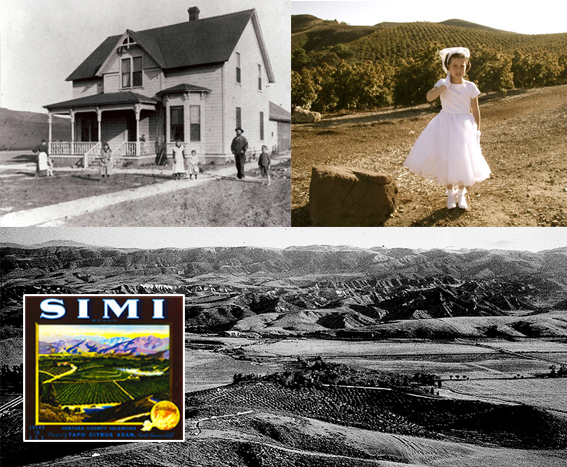 A Historic California Ranch
Quail Ranch and the surrounding area were part of a Spanish land grant given to Santiago de la Cruz Pico by the King of Spain in 1795. Pico named the land El Rancho Simi. Being close to the San Fernando Mission, El Rancho Simi served the population traveling to and from the Santa Barbara Mission and to nearby El Pueblo de Los Angeles during the California Mission era. In 1833, the Pico family sold the land to Don Jose de la Guerra, a prominent figure in the days of early California who imported cattle and continued to farm the area. The town of Simi was soon established. Robert P. Strathearn, originally from Scotland, purchased a part of El Rancho Simi and built his Victorian style home on the property in 1892. The Strathearn Family established the successful Strathearn Ranch which covered much of west Simi Valley and parts of Moorpark. Cattle ran on the surrounding hills and farms and ranches were established. By the 1920’s, Simi was a valley of orange groves, apricots and walnuts.

David Strathearn, the youngest son of R.P. Strathearn, served in the Army during WWI touring in Europe. He later returned home to marry and in 1933 built the Strathearn Ranch House on modern day Quail Ranch. He incorporated many of the images he saw in Europe into the interior design of the house. The hills were planted with citrus and flourished. The Ranch House was a special place where family and friends would gather and where the community could celebrate. David Strathearn’s youngest son would also live at the Ranch House where he and his lovely wife raised their family.

After the children were grown, the Ranch House was sold to neighboring landowners, the Seaton Family. The Seaton Family, of Scottish and Native American descent, named the property Quail Ranch. They assembled the acreage and replanted the orchards that are now thriving on the hillsides. Gary and Joanne Seaton continue to farm the land and live at the Ranch House where they have raised their children.

Quail Ranch is a private avocado and citrus ranch located just outside of Los Angeles in Ventura County, in the city of Simi Valley. Family owned and operated, the flourishing avocado orchard and a variety of colorful citrus are planted alongside towering pines and majestic oak trees. The Estate home, known as the Ranch House, was built in 1933. Its Spanish Revival architecture adds a stately charm and beauty to the property. A hidden gem high on the hill, Quail Ranch provides intimacy and rustic elegance perfect for a ceremony and reception. Now accepting private events, we welcome you to enjoy this beautiful and special venue.